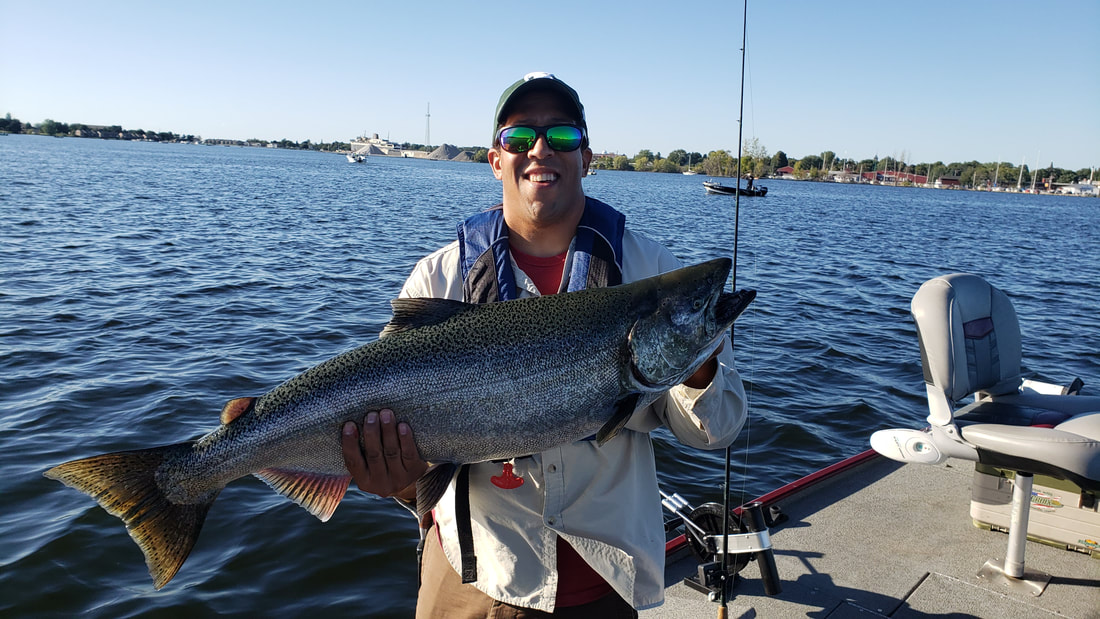 ​Notes: It's salmon season!  Growing up in Seattle, I pretty much worshipped salmon.  Unfortunately, there aren't many of them in most places.  I fished for them many times, and only caught one fish on a trip to the Columbia River with my uncle.  I can't count how many freezing-ass days in the rain and wind I spent chasing Chinook.  Lo and behold, I end up in Michigan where there's more salmon than in Seattle.  Or at least it seems that way.  At least it wasn't 38 degrees and pouring rain.  I caught this beauty trolling in Pere Marquette Lake.  There were SO MANY BOATS.  We were threading in and out of boats all day.  My fishing buddy Dr. Urquhart landed a Coho early, then I landed this nice 23lb fish.  He landed another (smaller) one later.

I smoke all my Chinook.  I don't think they taste very good otherwise.  Even smoked, this fish still had an algae taste to it.  Chinook eat boatloads of Alewife (they gain 20+ lbs in 4 years), and many people say that Alewife give them their 'off' taste.  They still fight like bulldogs and the feeling when you land a big one is of utter relief.  Managers have a tough task managing their numbers.   They reproduce naturally in several Michigan rivers, but there's constant pressure from anglers to stock more.  The prey base can only handle so many Chinook, and Alewife have declined precipitously in the last decade likely the result of a multitude of factors, including predation by Chinook Salmon.  Alewife are a formerly nuisance species, and so we've entered into this bizarro world where we're trying to make sure that there's enough non-native Alewife to satisfy the immense appetite of another non-native species. 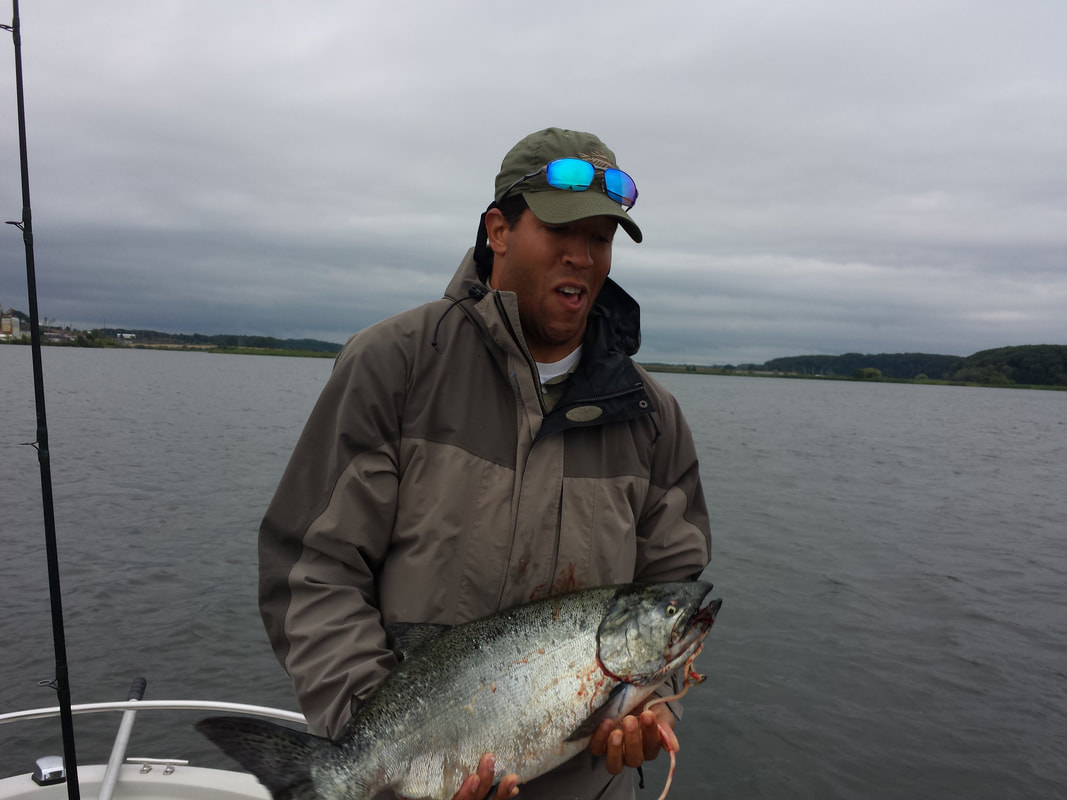 ..and that's how a fish picture is made, folks.