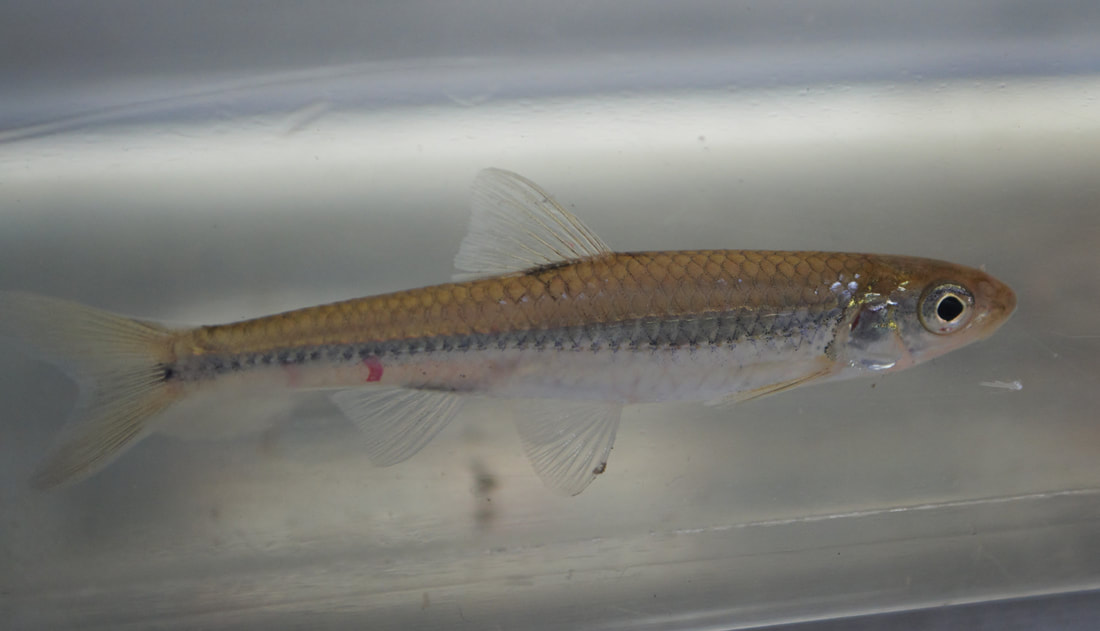 ​Notes: Mimic Shiners drive me crazy.   They're super plain, and they are difficult to separate from any number of other species.  They often (but not always) have a black spot at the base of their caudal fin--and that's about it.  Mainly I can identify Mimics based on what they DON'T have.  No strongly curved (aka falcate) anal fin (Emerald Shiner), no shortened first dorsal ray (Fathead and Bluntnose Minnow), and no black stripe (10,000 other Cyprinids).  As a side note, this fish had a few red muscle segments.  I think that's a byproduct of electrofishing, where really strong muscle contractions can bruise fish sometimes. 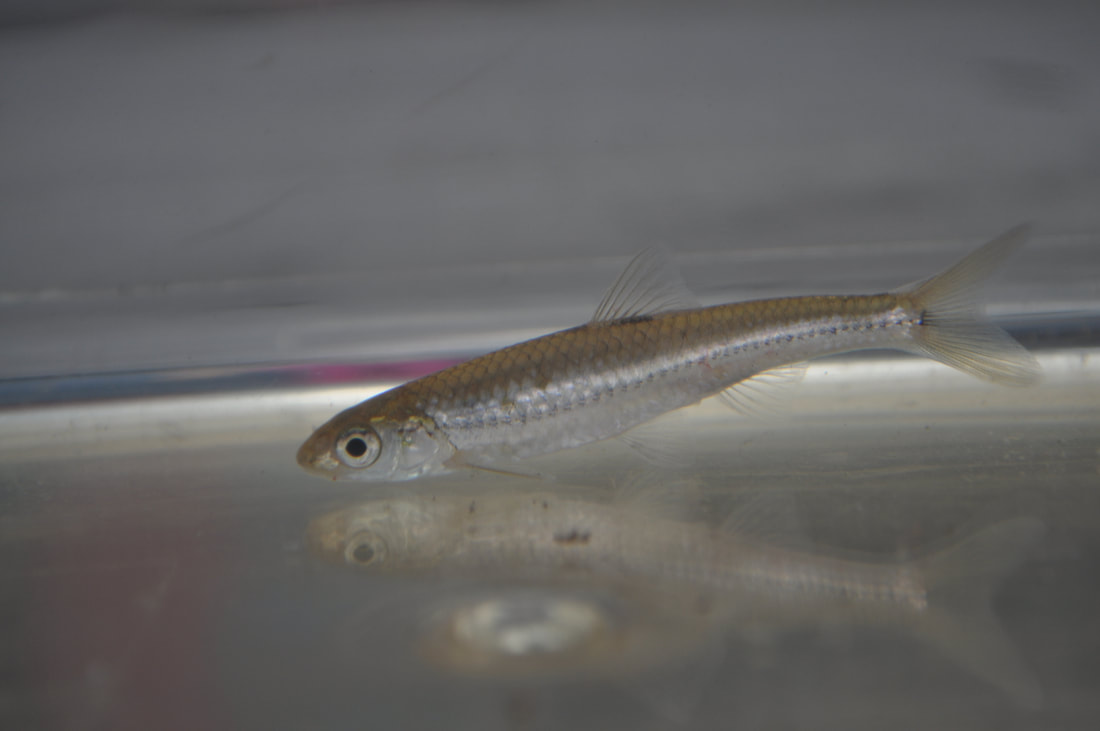