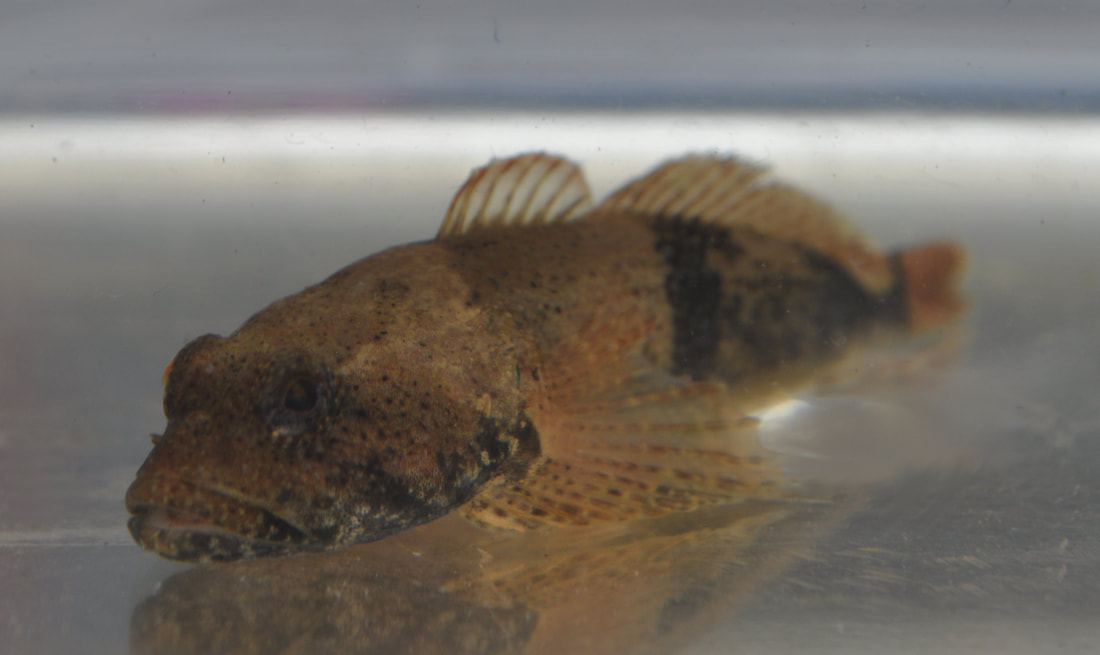 ​Notes: Look at this grumpster.   I actually really like this picture, and the details in the color pattern (especially the eyes) are fantastic.  Mottled sculpins are pretty common in smaller streams with some flow.  They have large heads, mouths, and pectoral fins and are generally brown with black *ahem* mottling.  My students sometimes get these confused with Round Goby, but Mottled Sculpins are much more hydrodynamic through their head (see pic below) and if you turned them over, you would see separated pelvic fins (rather than fused as in the goby) each with four fin rays (most of the time).  Slimy sculpins look very similar, but their spiny dorsal is much shorter than their soft dorsal, and each pelvic fin should have three rays.