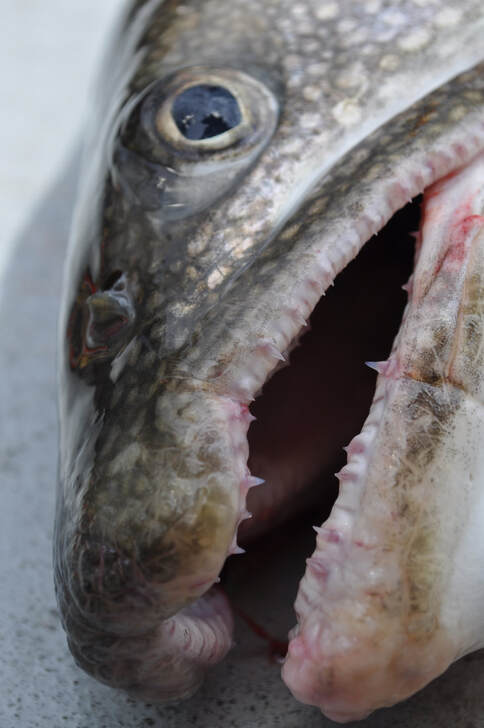 ​Notes: From my trip with the Michigan DNR.  I really like the picture above because this fish was pretty big (~30") and its snout looks almost like a python.  Lake Trout snouts are not really supposed to look like that, but it's clear this one has developed a lot of scar tissue.  It's very likely this fish has been smashing its face in trying to catch gobies on the bottom.

Lake Trout are the target of intense scrutiny in the Great Lakes from anglers and managers alike.  They're the native top predator in the Great Lakes, but their numbers crashed in the middle of the last century due to a combination of predation by invasive Sea Lamprey, overfishing, and the degradation of spawning habitat.  Lake Trout did not reproduce naturally in lakes Michigan and Huron for >50 years.  Massive stocking efforts have typified Lake Trout rehabilitation efforts since this period, and only recently have they begun to reproduce naturally in both lakes Michigan and Huron.  Perhaps as a consequence, accurate estimates of reproduction rates, mortality, and movement of this species remain a managment priority.  The US Fish and Wildlife Service now marks hatchery-born Lake Trout with a tiny tag that is placed in the snout of the fish while still in the hatchery.   The tag contains individualized information on when and where the fish was born which provides valuable information on age and movement.  The fish below had a tag, thus initiating the removal of its face. 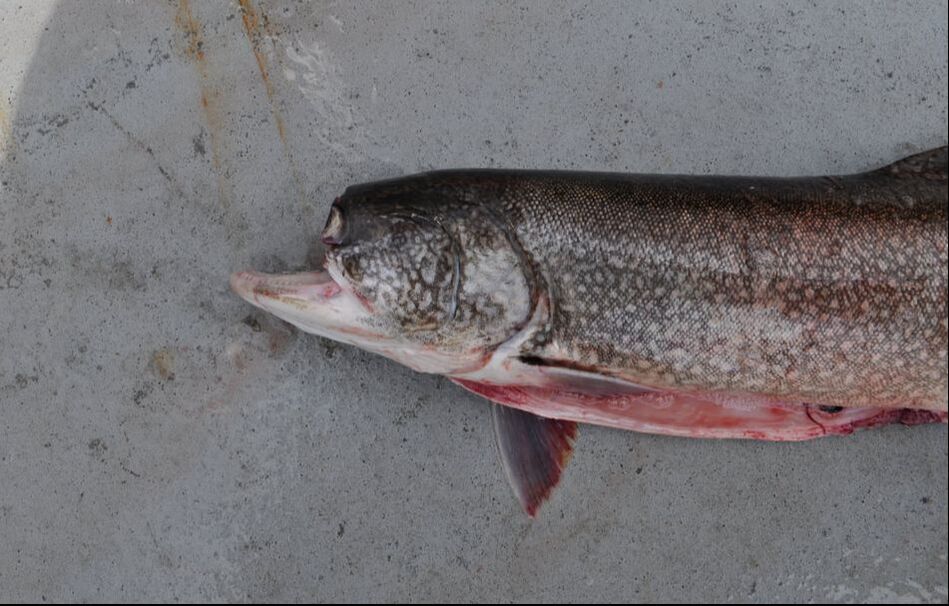