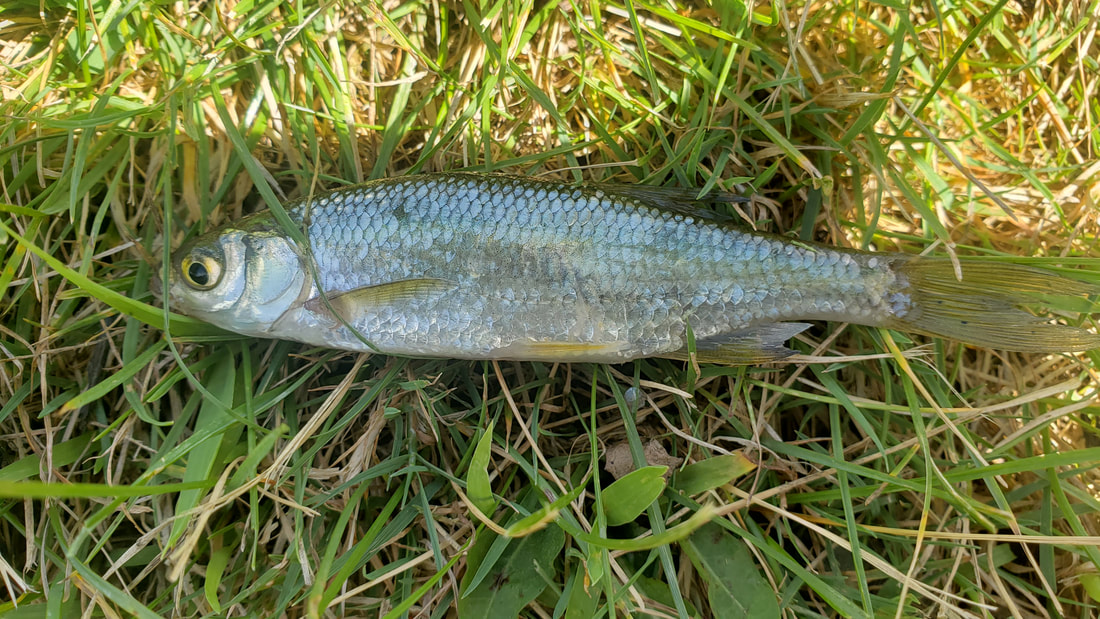 ​Notes: Sometimes you catch a fish by happenstance.  This is one of those times.  Found this specimen in a crayfish trap and snapped a picture with my phone.   Golden Shiners are commonly used as bait, but are actually pretty common in the wild as well.  You'll sometimes see them breaking the surface in huge schools in lakes.  Golden shiners have tiny, upturned mouths and their lateral line dips down (is decurved) just past the pectoral fin.  Golden and Common shiners are sometimes confused, but Goldens have rounded scales (see below), whereas Commons (and Striped Shiners) have more rhomboid scales.  They're generally a solid silver to deep gold in color, without any other color markings.  Large Goldens are not uncommon, and I've seen them up to 8-9" long.